Rebalancing Our Scales of International Justice: Expanding the ICL’s Mandate beyond Crisis Crimes

International criminal law has come to a crossroads. In the upheaval following WWII, specifically in the Nuremberg Trials that prosecuted the architects of the Holocaust, ICL was praised for its ability to mete out justice and protect human rights. Lauded as a shining success of the Grotian tradition and cosmopolitan ideals, the Nuremberg Trials were seen to have trailblazed the unfurling branch of criminal law. Central to the practice of International criminal law is the notion of individual criminal responsibility; whereby “crimes against international law are committed by men, not by abstract entities, and only by punishing individuals who commit such crimes can the provisions of international law be enforced.”[1]

In this tradition, ICL has further developed with International Criminal Tribunals convening for the former Yugoslavia in 1993 and Rwanda in 1994. This optimism culminated in the creation of the International Criminal Court in 2002, designated to deliver justice and accountability where domestic circuits failed. Today, the International Criminal Court sits as as a court of last resort for serious international crimes: genocide; crimes against humanity; war crimes; and the crime of aggression[2]. In this heyday of ICL, and amidst ICC promises “to end a criminal impunity”[3] optimism reigned. It seemed, finally, that there was a mechanism of accountability and punishment to bolster the human rights mission.

That sense of promise has since faded. As of now, the academic discourse on international criminal law is essentially that of critical legal studies. Accusations of racism, illiberalism, and complacency challenge the legitimacy of ICL and overarching faith in international institutions. These critiques center upon a core issue: modern ICL fails to accurately address crime. Given this, we must ask how we can adjust the mandate of international criminal law so that it addresses the largest contributors of criminality. 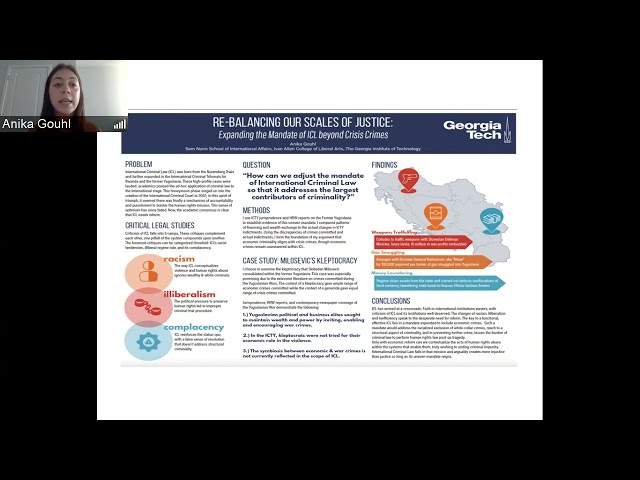 The racist tendencies, illiberal procedures, and inefficiencies of international criminal law can be traced back to its myopic remit that restricts jurisprudence to “crisis crimes.” Defined as crimes of incredible violence committed in the context of war or conflict, the realm of crisis crimes builds upon the notion of crimes against humanity and the war crimes delineated in Geneva Convention.[4] I contest that critiques of ICL circle around but fail to specifically name the underlying issue of ICL’s incomplete and unbalanced “crisis crime” mandate. This paper explores evidence of such a skew through a case study on the ICTY jurisprudence following the Yugoslav Wars.

ICTY indictments and HRW financial reports of the Yugoslavian kleptocracy demonstrate a marked divide between criminal actors and legal consequences. Records demonstrate a close relationship between economic and crisis criminality. Tribunal archives record theft and property exporpriations amidst the background of violent genocide, aggression, and war crimes. According to ICTY prosecutors, these economic crimes “financed the continuation of military operations.” Human Rights Watch records note that “ land, houses, and valuables served as resources in the war economy… where control over the allocation of such resources provided extensive wealth and power to those in political and military leadership positions.” [5]

Specifically, Yugoslavian political and business elites incited, enabled, and encouraged instances of crisis crime. This symbiosis between economic and crisis criminality occurred nearly entirely through illegal venues: corruption, smuggling, and theft played essential roles in the business of financing war. Yet, these criminals were not persecuted for the economic dimension of their criminality. Only a handful of kleptocrats were actually tried, and even fewer were indicted. This dissonance between criminality and the legal consequences meted out points to a larger pattern where the largest contributors of criminality can act with impunity. Ultimately, I argue that in order to rebalance ICL’s skewed jurisprudence, its mandate must be expanded to the realm of financial crimes. 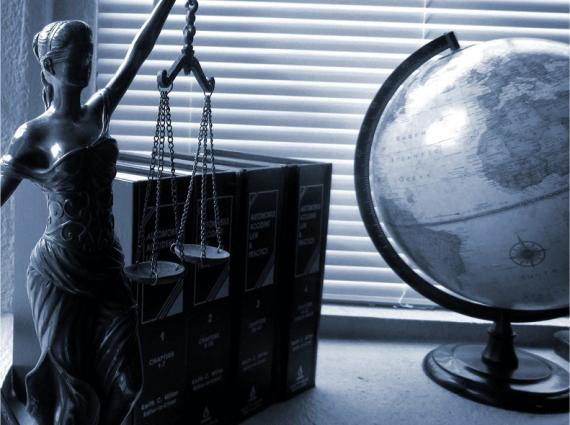 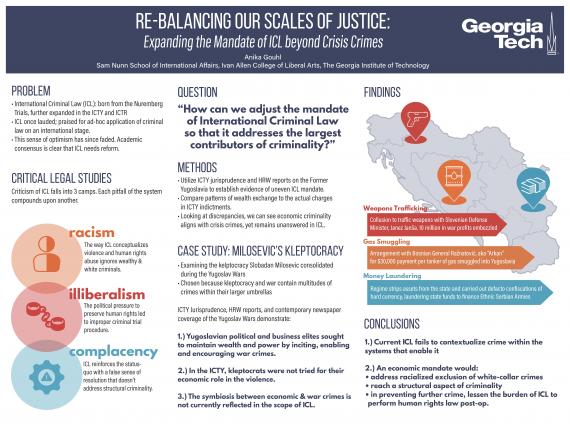